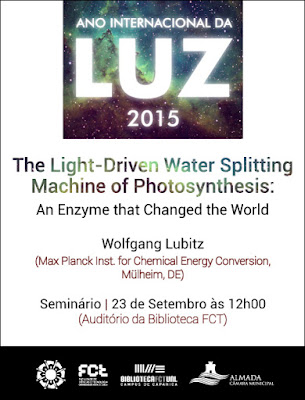 Wolfgang Lubitz studied Chemistry at the Freie Universität (FU) Berlin (1969 – 1974), where he also received his doctoral degree (1977), and his habilitation (1982). He worked as a research scientist at UC San Diego (USA) and as Assistant Professor at the FU Berlin. In 1989 he became Associate Professor in the Physics Department of the Universität Stuttgart, before he took over a Chair of Physical Chemistry at the Technische Universität (TU) Berlin in 1991. In 2000 he became a Scientific Member of the Max Planck Society and Director at the Max Planck Institute for Chemical Energy Conversion (formerly MPI for Bioinorganic Chemistry) in Mülheim/Ruhr. Professor Lubitz is an Honorary Professor at the Universität Düsseldorf. His scientific work is focused on the investigation of metalloproteins (hydrogenase, water oxidase, ribonucelotide reductase), primary processes of photosynthesis and the development and application of electron paramagnetic resonance methods. His work has been published in over 400 scientific publications. He is Fellow of the Royal Society of Chemistry (UK), the International Society of Magnetic Resonance and received the Zavoisky Award, the Bruker Prize, the Gold Medal of the International EPR Society and honorary doctorates (Dr. h.c.) of the University of Uppsala, Sweden (2008) and the Université d'Aix-Marseille, France (2014).

The Light-Driven Water Splitting Machine of Photosynthesis:
An Enzyme that Changed the World

The invention of water splitting by early photosynthetic organisms led to the oxygen-rich atmosphere of our planet and the protective ozone layer in the stratosphere, which were necessary for the development of higher life on earth. Photosynthesis stores the sun´s energy in form of energy-rich organic compounds via CO2 reduction. It is the only basic source of food and biomaterials and has created all fossil fuels (coal, gas, oil). In this contribution an overview is given on light-induced charge separation, electron transport and the subsequent catalytic water oxidation reaction in oxygenic photosynthesis. Water oxidation is performed in photosystem II by an oxygen-bridged tetranuclear manganese/calcium cluster (Mn4OxCa). The cofactor´s reaction cycle is analyzed by different spectroscopic techniques corroborated by DFT calculations. The results give information on the spin and oxidation states of the manganese ions, the spin coupling in the cluster, the function of the Ca2+, the effect of the amino acid surrounding, binding of the 2 substrate water molecules, O-O bond formation and the release of molecular oxygen. A robust model for the water oxidation mechanism is derived [1]. This information can be used for the future design of bioinspired catalysts for water splitting and generation of “solar fuels”. 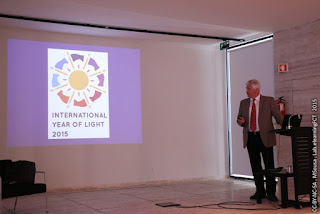 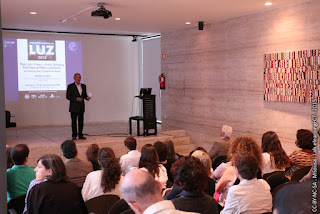 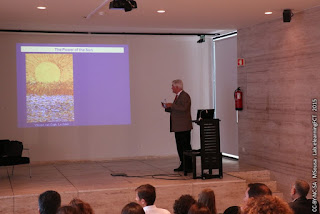