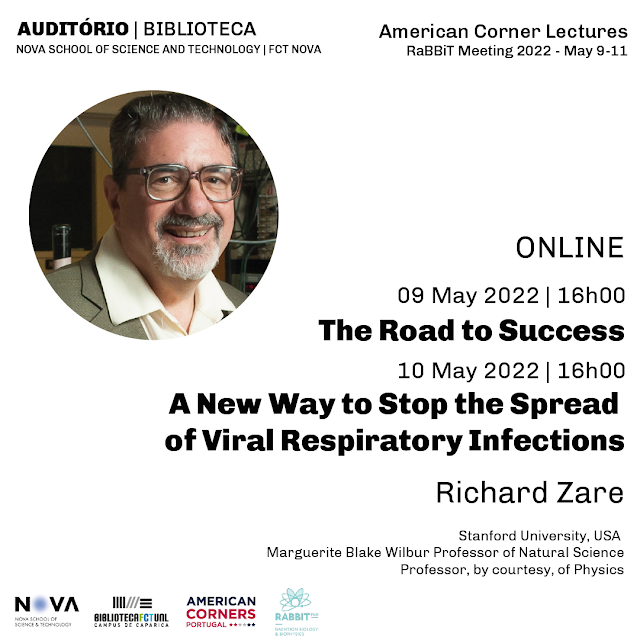 (Marguerite Blake Wilbur Professor of Natural Science and Professor, by courtesy, of Physics)

“The Road to Success”

A New Way to Stop the Spread of Viral Respiratory Infections

I want to speak about viral respiratory diseases, such as influenza and COVID-19. When COVID-19 first appeared, public health authorities worried about the new coronavirus being spread by contact with large fluid droplets or by residues upon droplet evaporation. The guidance for individual behavior that was given included washing hands, cleaning groceries, wearing face coverings, avoiding people who sneeze or cough, and keeping some social distance apart from other individuals. But a detailed understanding of flu transmission, which took decades to develop, led scientists to understand only relatively recently that SARS-CoV-2 follows the same path of airborne transmission. Researchers found that the virus is breathed out in small particles by infected individuals while talking, singing, sneezing, and coughing. And these viruses have been found in many indoor environments. Those infected can even spread the virus when showing no symptoms of being sick, which shows that transmission does not depend on coughing or sneezing. Large wet droplets are not required for transmission.

The transmission of many infectious diseases requires that pathogens can survive, that is, remain infectious, in the environment, outside the host. It has long been recognized that viral respiratory diseases show a seasonal variation in temperate parts of the world, such that they increase in the winter but decrease in the summer. This behavior is strongly correlated with outside temperature, but viruses are hardy and are not killed by temperature changes of the outdoors. Instead, evidence has accumulated that the correlation is strongest with relative humidity in which viruses show U-shaped viability, surviving best in high or low humidity but surviving much more poorly in the relative humidity range of 40 to 60 %.1 People in temperate regions of the world spend about 90% of their time indoors, and the relative humidity of indoor air is typically much reduced in the wintertime caused by heating of the indoor air which is necessary to keep people warm. Evidence will be presented that relative humidity affects the evaporation rate of aqueous microdroplets (aerosols) in the air, and that relative humidity values of 40- 60% provide enough time to kill viruses in aqueous microdroplets.3 This conclusion explains this seasonal variation, which has heretofore been quite puzzling and often ignored. We find that this killing is promoted by the presence of reactive oxygen. species (ROS) in aqueous microdroplets in the size range of 1 to 20 microns in diameter. The possible mechanism for the formation of ROS will be discussed.